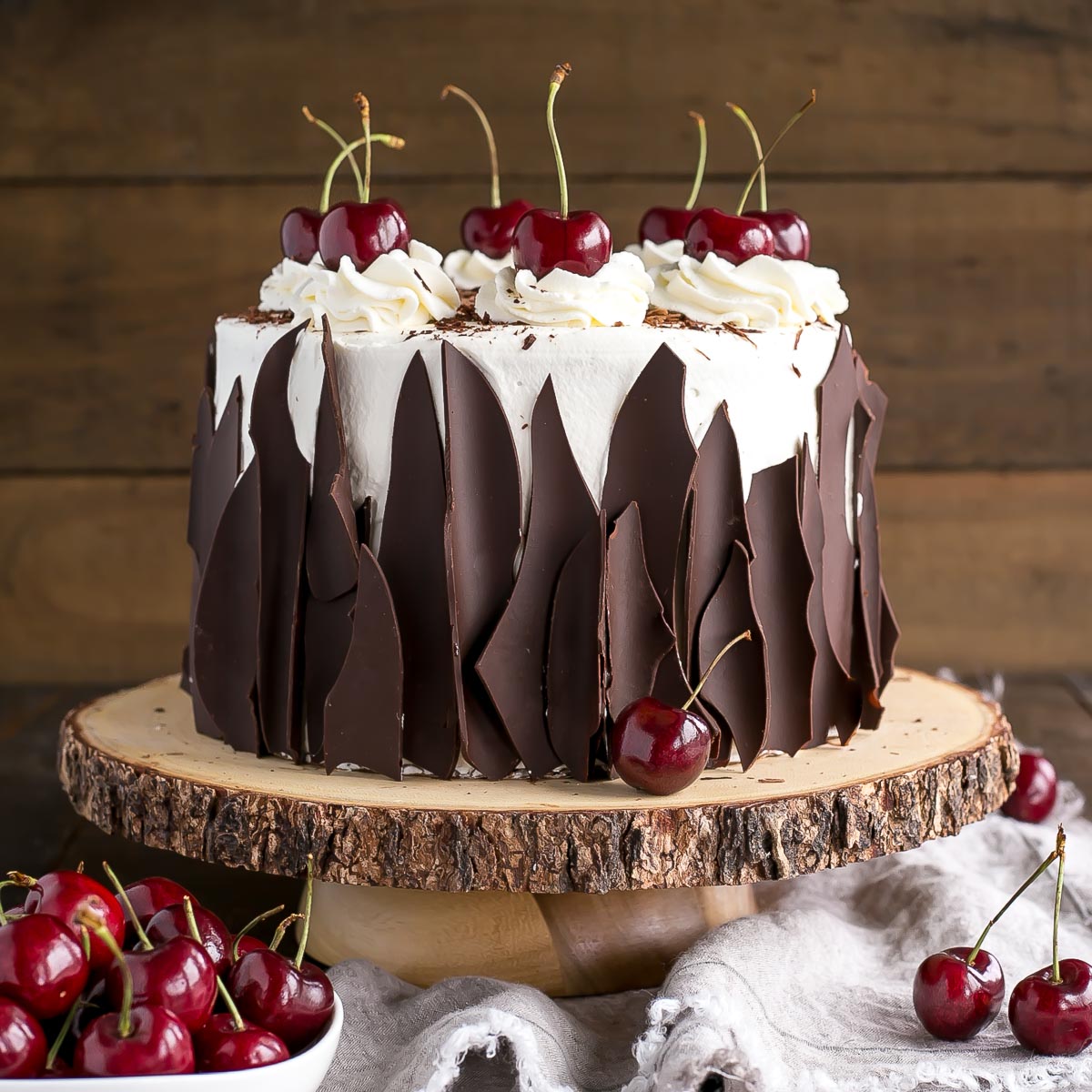 Arrange layer upon layer of moist chocolate sponge cake with heavenly whipped cream, juicy cherries, and kirsch. Next, lather each side with cream, maraschino cherries, and chocolate chips and then plunge into one of Germany’s most famous, decadent, and best-loved desserts – Black Forest Gateau or Schwarswalder Kirschtorte in German.

Did you know that the recipe for the Black Forest gateau is over a hundred years old? Legend has it that the famous confectioner Josef Keller invented this delicious dessert in his bakery near Bonn way back in 1915. Although the claim has never been verified it’s said that he was serving something very similar to his customers at that time, so many Germans became quite familiar with its unique taste and attributed its origins to him. It took about twenty years for the recipe to circulate but by the 1940’s it had certainly made its mark on the German culinary scene. In 1949, it was rated 13 in a list of best German cakes.

Obviously, such a wonderful dessert couldn’t stay within the confines of German soil so, with its growing popularity, countries like Britain began to enjoy it as well. From the 1970s, dessert menus around the world boasted the inclusion of Germany’s most famous dessert. Italy, Switzerland, and Austria have even adopted the dessert as part of their own culinary culture, using a few variations like rum instead of kirsch or omitting alcohol altogether.

You wouldn’t be blamed if, like most Black Forest gateau enthusiasts, you assumed that your “multi-layered piece of chocolate heaven” originated in the Black Forest region in south-western Germany. It might interest you to know that it actually derives its name from the distinctive kirsch alcohol which is made from Black Forest sour cherries, which is also aptly termed “cherry firewater”. The German name for the dessert is Schwarzwalder Kirshtorte because the Black Forest (Schwarzwald) is where the cherries are found, and Schwarzwalder kirsch is the alcohol that’s made from it. Soon after the liquor began to be manufactured and popularized in the region, people began using kirsch in cake-making, later adding ingredients like whipped cream as a perfect accompaniment to the sourness of the cherry liqueur. Interestingly, Black Forest gateau is not considered the “real thing” without the inclusion of the kirsch but many versions of it today don’t contain the distinctive alcohol because of its prohibitive price. Germans, however, value their dessert so highly that their law mandates that “any dessert labeled Schwarzwalder Kirshtorte must have kirschwasser”!

-It’s also said that the cake could have got its name from the costume of the women of the Black Forest region who wore hats with large red pom-poms on top.
-The largest Black Forest cake with authentic ingredients was made at Europa Park on 16th July 2006 by K&U Bakery. It weighed 3,000 kilograms and was ten meters in diameter!