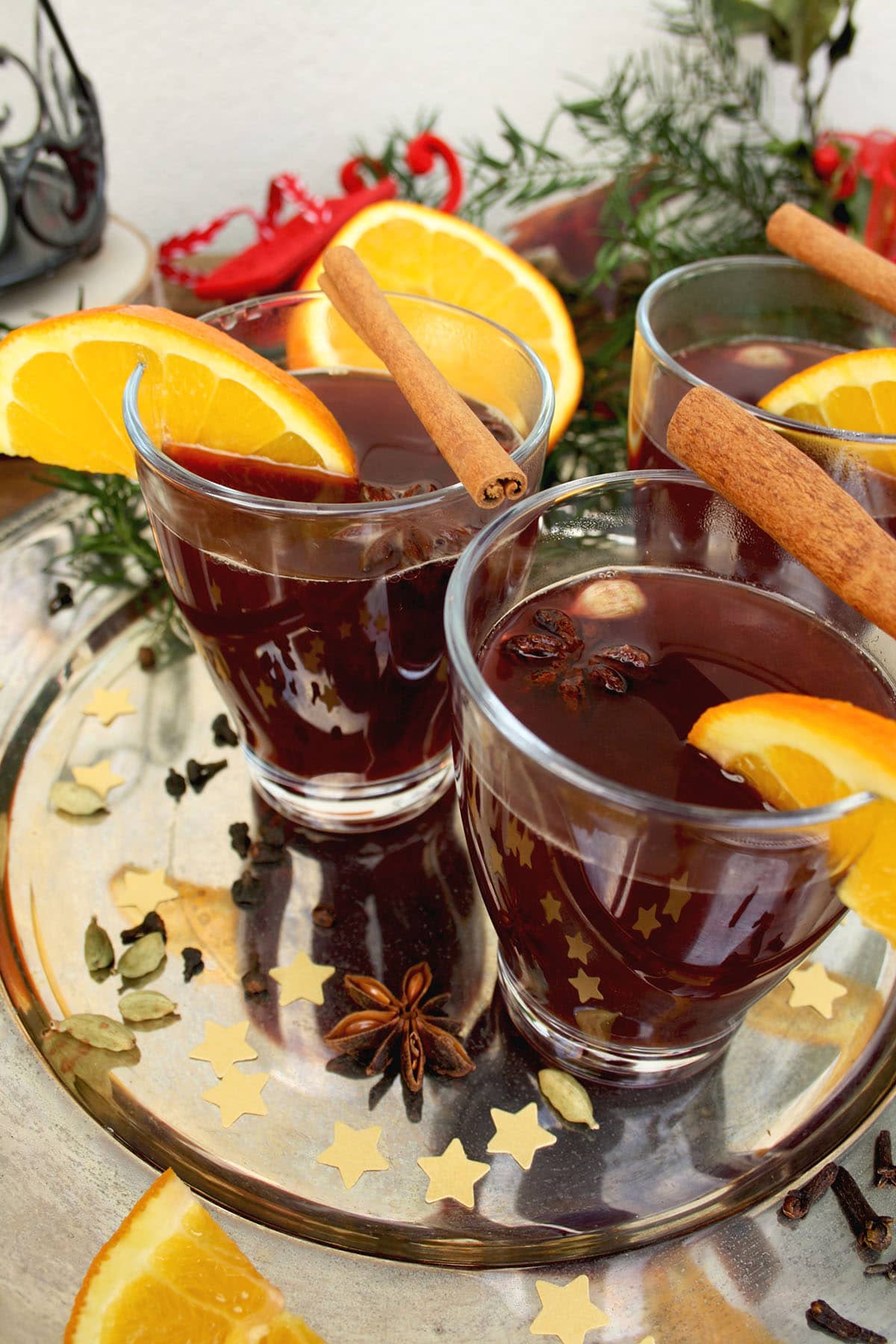 Like in many European countries, Christmas calls for a huge celebration in Germany. And with Christmas dinner as one of the main events, there are certain German dishes that are an essential staple in the dining table. Whether you’re eating as a guest in a home at Baden-Baden or visiting a Christmas market in Cologne, here are some selections of German Christmas dishes and drinks you should sample whenever possible:

Zimtsterne is a dessert that is often served during Christmas, owing to its historical significance. Though Zimtsterne is star-shaped, it has five instead of six points, in honor of its Advent origins.

The dessert used to be a dish that only the blue-blooded can feast on in the 1600s since cinnamon in that time period was very expensive. Of course, in modern times, anyone can make Zimtsterne as long as they have the ingredients.

They are made out of eggs, sugar, cinnamon, nuts, and sugar. Once out of the oven, you’ve got a sweet and crispy Zimtsterne cookie in hand!

Though Germany is more often associated with beer, Christmas is the one time of the year where you may want to fill your beer steins with wine instead. Of course, not just any wine, but Glühwein!

This wine has been around since the 1400s in the German regions and used to be made using hot irons. It is generally served only on Christmas and is made out of red wine, cinnamon, cloves, star aniseed, orange, and sugar.

All of these ingredients are then mixed together and heated on a stove before being poured into a mug. Glühwein is perfect if you’re looking for a drink to warm you up during a cold German winter day.

This dish is a specialty of Bavaria, a region in Germany famous for its fairytale-like castle, Neuschwanstein. There are also other variants of Semmelknödel, such as Serviettenknödel or  Speckknödel. They are part of a group of boiled dumplings called Knödel, famous not only in Germany but also in several other countries in Central and Eastern Europe.

Semmelknödel is not an exclusively Christmas dinner special, but it always makes an appearance in a Christmas feast. Just like the name implies, Serviettenknödel is made out of bread, mixed with onion, milk, eggs, salt, and pepper.

Since it’s a dumpling, Semmelknödel is not baked— it’s boiled! What does boiled bread taste like? Well, that’s for you to find out!

Since Christmas feasts are often meant to leave you with a hearty feeling, it must come as no surprise that there’s another dessert that is only presented on the table during Christmas.

Lebkuchen is a dessert that traces its origins in German monasteries in the 13th century. To make Lebkuchen, you need at least flour, water, and sugar. However, the most important ingredient for Lebkuchen depends on whether you want to create a sweet version or a spicy version.

For a sweet version, Lebkuchen is usually made out of honey, cinnamon, or candied fruit. A spicy version will use aniseed, ginger, or cloves. Of course, there are variants where both sweet and spicy ingredients are used— can you imagine how those two flavors will feel on your tongue?

These four dishes are by no means the only Christmas dishes to look forward to when you visit Germany. There are many more specialties that each region may have to offer. But if you’re looking for where to start, no matter which region of Germany you arrive at, these four dishes should be available to welcome you on your Christmas culinary journey in Germany.